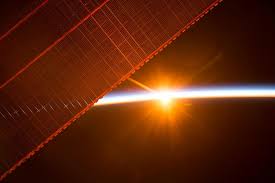 Exploring NewSpace in Japan is like trying to define a horse as Socrates did attempt to do so thousands of years ago.

Over the last few weeks, I had the chance to speak to a number of stakeholders in NewSpace from the startups themselves, to key policymakers, law professors, academics and common to research, perhaps it is true to say the more that one knows the more ones does not.

The purpose of the MINERVA fellow is to explore EU – Japan NewSpace collaboration.  And whilst Japan does have a strong handful of NewSpace startups is that enough to build an ecosystem?  And what about Prime Minister Abe’s ambition of doubling NewSpace in Japan over the next 5 years?

How and what needs to happen to realise that dream?

Working with entrepreneurs on the ground, I realised that thinking of where policymakers want to go and realise building an ecosystem is important and it has to start on the ground.

It means looking long term and adding another digit in time, resources and finances.  Of course as an entrepreneur we try to think of ways to hack the problem.

Reflecting on this issue, my current thinking is in order to grow NewSpace in Japan it is probably best to really start investing in the next generation of NewSpace leaders.

Next generation being the Millenials, the youth, high school and University students.

Last week I had a chance to speak to a class of law students at Waseda University and it was refreshing for both them and myself to talk about space as a real possibility and profession to consider.

Breaking the barriers, primarily a conceptual one is a good starting point.

How do we bridge the gap of a dream to a realistic possibility?

How do you we lower the cost of launch?

How do we engage in conversation about space and make it relevant on earth?

These are some of the questions that are considered amongst many space circles.

With these questions, I thought perhaps one way to better understand the NewSpace sector is to engage with them and hence I am inviting NewSpace startups to contribute to the EU- Japan NewSpace2060 magazine.  The idea is to introduce, inspire and intrigue the potential NewSpace entrepreneur.

What can be more inspiring than seeing a good role model?

The questions that I, therefore, pose to question is not just about the business, but rather personal questions on their passion, hobbies and what makes them tick.

As Tony Robbins would say, he understands success by exploring the qualities of successful people and in term became so familiar with them that he is easily able to identify those that need greater assistance and those that have it.

Further, for the purpose of outreach and awareness, I launched the EU- Japan NewSpace2060 International Illustrated Haiku competition to inspire people of all age and background to take part.

My intention is to write weekly blogs and welcome all those interested in EU – Japan NewSpace collaboration to connect @newspace2060.