In trying to think outside of the box with NewSpace, I googled `Newspace, theatre and film` and to my amusement, I found the following: 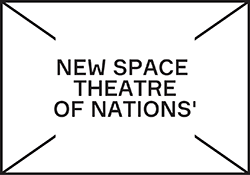 `New Space Moscow is an interdisciplinary project run by the Theatre of Nations, which is aimed at uniting contemporary artists of all fields to create a new cultural environment by means of researching all of the diverse forms of contemporary art.

Conceptual framework of the New Space is made up of seven modules: curating, literature, dance and performance art, architecture, music, visual arts, and cinema. Within each one of those modules a research will be conducted to find our how this particular form of art is related with the theatre tradition, and what is the nature of this relationship.`

Then I decided to leave out the `New` and type in `Space, theatre and film` and it led me to some more interesting sites include:

`The Destiny Theater is the perfect place to launch your adventure into the past, present and future of space exploration. In Destiny Theater, you’ll see the exciting, historic film “Human Destiny” which chronicles the events leading up to the formation of NASA and spans into our successful missions to the Moon and beyond.

Using six and half million feet of NASA archival footage, this is a mission you’ll definitely want to embark on.

The first showing of the film begins 15 minutes after the center opens, and the film plays continuously until the center closes each day. Destiny Theater is located at the entrance to Starship Gallery.

Destiny Theater is also home to the podium used by President John F. Kennedy during his historic speech imploring Americans to reach the Moon.`

Whilst the Space Center theatre is one of the largest 4K theaters in Texas at Space Center Houston and has the latest in audio and video technology after undergoing massive upgrades.

In a form of self acknowledgement, short of going out to space, perhaps going to an IMAX cinema is one of the closest ways for us to see, feel and sense what it maybe like to go out to space.  Currently at Kennedy Space Centre they are screening:

Discover views of Earth from space in A Beautiful Planet, the newest IMAX 3D documentary film. Featuring footage of Earth from the International Space Station (ISS) and narrated by actress Jennifer Lawrence, images of our magnificent blue planet demonstrate the effects humanity has had on it over time in this film captured by the astronauts aboard the ISS.

And then I proceeded to go directly to `Space films` and no doubt in one`s lifetime, it is more than likely we may have come across or seen:

A look at the life of the astronaut, Neil Armstrong, and the legendary space mission that led him to become the first man to walk on the Moon on July 20, 1969.

Hidden Figures tells the incredible untold story of Katherine Jonson (Taraji P. Henson), Dorothy Vaughan (Octavia Spencer) and Mary Jackson (Janelle Monae) – brilliant African-American women working at NASA who served as the brains behind the launch into orbit of astronaut John Glenn, a stunning achievement that turned around the Space Race. The visionary trio crossed all gender and racial line and inspired generations.

A linguist is recruited by the military to communicate with alien lifeforms after twelve mysterious spacecrafts land around the world.

A spacecraft travelling to a distant colony planet and transporting thousands of people has a malfunction in its sleep chambers. As a result, two passengers are awakened 90 years early. 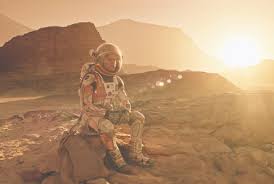 An astronaut becomes stranded on Mars after his team assume him dead, and must rely on his ingenuity to find a way to signal to Earth that he is alive.

A team of explorers travel through a wormhole in space in an attempt to ensure humanity’s survival.

Two astronauts work together to survive after an accident leaves them stranded in space. 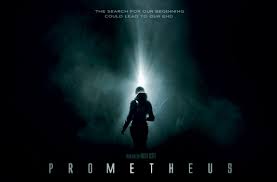 Following clues to the origin of mankind, a team finds a structure on a distant moon, but they soon realize they are not alone. 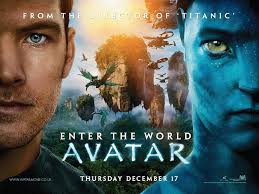 Needless to say Starwars and Startrek tops the chart for fan bases and probably each NewSpace entrepreneur would have been influenced or watched some form of space film prior to realising their dreams and embarking on their journey to space.

Speaking of which, it takes me back to grade 8 where as part of my business class, I worked with a team of 2 other classmates.  We booked out a cinema and sold tickets on Starwars: Episode 1.  We bought the tickets in bulk and profited on the margin.  It was my first taste of entrepreneurship and space.

Upon reflection, I think it is truly admirable that the art and entertainment industry has mastered our desire to go to space.  Passengers is a future foresight of how it would be like where once we have mastered human space flight and pending technology can ensure we can travel to different galaxies may put us in challenging situations, full of complex emotions of living in isolation in space, and yet still earning human engagement and interaction.

Whilst most Hollywood films depict species other than humans more liken to aliens like Prometheus, I lean more towards Arrival where the possibility or actual arrival of other species, other than what we are familiar provides a mirror to our own value systems and mindsets.

Whatever school of thought you may have about space travel, or aliens, or the future of human life, I think the ability to dream and visualise future life engaging space is important for the NewSpace sector.

The difference between watching a film living on Mars and to actually create a startup, developing a technology to go out there and recruiting staff is clearly different.  Yet, they are something in common and I think it is a form of process.  At this point, I am still working with the starting point, which is visualisation and then in the process of wanting, wishing, desiring to do a startup, it is like forming a bridge which would enable the individual to go to the other side of the mountain.  Too many stop at the edge, too many just stop at the thought.

What are the incentives that would engage others in following through with their dreams?  Regardless of cost, resources and ability?

One of the interesting questions that one could pose, is to what extent has initiatives like crowdfunding for NewSpace startups have been successful?

In a sharing economy of Ubers and Airbnbs, it may well be the case that one way that NewSpace could roll out and provide a sense of ownership with the general public is through crowdfunding.  In many ways by bringing space back to earth, we give the ownership to space back to the people.  We reconnect it with people in a way they can connect.

What do you think makes a successful NewSpace startup?

How can we develop the NewSpace ecosystem?

We would like to hear from you.  Share your thoughts at #newspace2060 or by email newspace2060 and get featured in newspace2060.com sharing newspace updates with the NewSpace ecosystem.