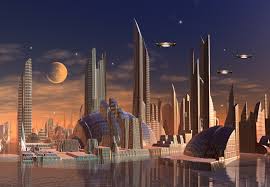 The first few months of 2019 has just gone by at a speed of light.  Those involved in NewSpace would be aware that it is a busy year and that there are many events, so many that it is impossible to go to them all.  If you are a NewSpace entrepreneur which ones would you go to?

The answer is as much of an opt out than a definitive one – it really depends on what you are truly to do, achieve and what field you are in.  For instance, if you work in or with smallsats then clearly those are the ones you would want to focus on.

If you are more into the scientific field as a technical engineer then the technical ones work for you.  What if you are true and through a NewSpace entrepreneur?  Here is my take on the ones to look out for in 2019 and beyond:

NewSpace Europe is Europe’s largest annual space conference to focus solely on the NewSpace industry and the economic opportunity of space.  Organized by the Luxembourg Space Agency, the conference centres on the theme of “Driving Momentum”, discussing ways to stimulate growth in communications, remote sensing, investment, Earth-orbit economy, and lunar economy.  Held 13-14 November 2019.

Having attended in the past and in receiving previous ESA prize, it is an ideal conference for the New and seasoned to get a feel of the latest technologies, latest trends and what the scene is like in Luxembourg and in Europe.

The energy is great there and a good comparator particularly from those outside of Europe.  Luxembourg has played a large part in the space mining movement.  Having been to Luxembourg before and after the passing of the asteroid mining legislation I would say that despite its size, Luxembourg punches above her weight when it comes to influencing in the NewSpace scene.  In fact, they are one of the leading countries in that sense. 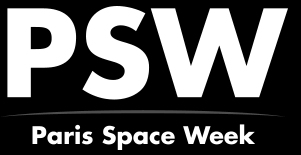 Paris Space Week was over 2-3 April 2019 and runs annually.  The tradeshow with business meetings and conferences dedicated to the Space Industry in Paris.

They have a lively Newspace startup scene and over the 2 days sees over 1000 participants, 400 exhibitions, arranges 9000 meetings and has over 25 speakers.  One could arguably say that this is for serious NewSpace businesses that are there to do just that. In 2019, Paris Space Week primarily had CEOs of various NewSpace startups speaking and also panels with SMEs and major aerospace companies too.

Space Forum is a conference based on the impact of space technologies on the earth’s businesses (mobility, IoT, connectivity, security, climate, media, earth observation…)

It brings together the most important players from the data sector of the NewSpace industry, specifically upstream satellite companies in Earth Observation and Telecoms, European Space Clusters & Tech Valley representatives, Space business angels, satellites operators, satellite industry suppliers etc. Participants will also have an opportunity to connect with ICT executives and customers, from Banking, Transportation, Government & Defense and other sectors.

Organised by the Singapore Space and Technology Association, the 11th Global Space and Technology Convention (GSTC2019) was hosted at St Regis, Singapore on the 14th to 15th February 2019. With the theme “Pushing The Innovation Frontier”, GSTC 2019 focused on emerging satellite technologies, along with new applications and paradigms in the NewSpace arena. Over 600 delegates, 60 speakers and 200 companies from more than 30 nations around the world attended GSTC 2019.

Arguably one of the most impact events to go to for all aspiring space businesses.  The 35th Space Symposium will be held over April 8-11 2019.

Bringing all these groups together in one place provides a unique opportunity to examine space issues from multiple perspectives, to promote dialog and to focus attention to critical space issues.

The IAC is an annual conference that is held globally bringing the space community together.  In 2019, the IAC will be held in Washington DC.

In 2019 humanity will celebrate the 50th anniversary of a feat once thought impossible: humans walking on the moon.

In the organisers words:

As a nation we invite the world to commemorate that “one giant leap for mankind” and celebrate the international accomplishments and partnerships that have become the hallmarks of space exploration.

Today the broader space community stands at a pivotal juncture in the course of future human space exploration. To succeed we must come together to create a unified vision that can be realized through the effective use of our collective assets and resources. It is in that spirit of collaboration that we would host the global space community in Washington, D.C., to envision what the next “giant leap” will be.`

World Space Week is more about participation and community engagement than anything else.  Anyone, organisation or institution could organise an event leading up to the week of World Space Week.  Having previously organised events for this week, it is a great way to meet like-minded people and organisations that share the same passion in space exploration and a wonderful way to meet new people too.

Asteroid Day is a dynamic awareness and educational program to inspire  the world about asteroids – their role in the formation of our universe, how we can use their resources, how asteroids can pave the way for future exploration and finally how we can protect our planet from asteroid impacts. Asteroid Day events are held on 30 June each year to mark the anniversary of the 1908 Tunguska impact. Asteroid Day events are largely independently organized around the world for people of all ages and are mostly free-of-charge. Asteroid Day is a program run by the Asteroid Foundation, a Luxembourg nonprofit organization.

Asteroid Day was co-founded in 2014, by Dr. Brian May, astrophysicist and lead guitarist of QUEEN, together with Danica Remy, President of B612 Foundation, Rusty Schweickart, Apollo 9 Astronaut, and filmmaker Grig Richters. In 2016, the United Nations officially designated Asteroid Day as the international day of awareness and education about asteroids. Together with the United Nations, space agencies, schools and universities Asteroid Day is organized by networks of supporters who host events worldwide on 30, June and any other day of the year that the independent groups determine.

To initially launch the Asteroid Day education programs in 2014, members of the asteroid community drafted and released a petition to gather public support for asteroid education and called on governments to accelerate the funding of asteroid discovery programs. Today, this petition, the 100X Asteroid Declaration, has been signed by hundreds of prominent individuals around the world, including leaders in science, technology, and business, and more than 125 astronauts.

There are hundreds if not thousands of events through the year celebrating space.  The above is only a selection of NewSpace events which I find engaging and rewarding and it is only my personal view.  Many share a similar mission which is primarily outreach and awareness.  For others they are more business focused or academically focused.  Having attended a few of the above, one general observation is that many agree that the conversations and topics need to reach outwards and beyond the space community.  That non-traditional space players ought to have engagement and this fits well with the notion of NewSpace engagement – with non-traditional space players in non-traditional fields.

Which Newspace conferences or events have you attended recently?

Which ones do you recommend?

What do you think of EU-Japan Newspace collaboration?