According to Aerospace corporation, “Space traffic management is the classification of services designed to help satellite operators avoid physical or operational conflicts. Commercial, civil, academic, and international entities all contribute to the development of procedures to ensure universal spaceflight safety by creating actionable predictions, early warnings, and sound avoidance maneuvers.”

The implementation and enforcement of space traffic management (STM) policies and regulations will be extremely complex and expensive for governments of spacefaring nations and all users of the near-Earth space domain. Compared to air traffic management, the challenges of managing low-orbital traffic will be orders of magnitude more sophisticated.

The underlying reasons include:

Due to the envisaged growth of smallsat constellations and space craft, including human space flight, some authorities suggest there needs to be great air traffic control regulations, even ‘zones of exception’ for satellite operators.

According to Marshall Kaplan, “It is important to note that most satellites operating in the geosynchronous Earth orbit (GEO) belt, at about 36,000 kilometers altitude, are already under a space traffic management system. For all practical purposes, GEO spacecraft operate in, or near, the equatorial plane and move in the same direction at the same speed. Since they are synchronous with the Earth’s rotation, STM operations are achieved by simply assigning orbital slots, corresponding to longitudes, over which these satellites remain stationary relative to Earth.”

It is envisaged that the LEO zone, between about 550 kilometers and 1,200 kilometers altitude would be greatly congested.  With more than 10,000 new satellites being prepared for launch into LEOs in the next few years, traffic may well be congested and hence STM is essential in order to guarantee future access and use of the LEO zone.

Goal
A European capability to monitor the space environment for hazards, both natural and human-made that could impact assets in orbit or populations and infrastructure on the ground.

Outcome
Establishment of a space weather (SWE) forecasting service based on existing and to-be-developed assets, including new SWE instruments; a SWE mission to a Lagrange point (L1 or L5); hosted payload missions for SWE instruments; a network of Near Earth Object (NEO) survey telescopes; small satellites for SSA payloads less than 100 kg and Participating States’ subscriptions for 2017–20.

Goal
Provide a companion observatory and microlander mission for the NASA DART impactor, which will strike the small moon orbiting the Didymos binary asteroid.

The mission provides a first essay of planetary defence, an international cooperation, science and education return and a test for advanced planetary exploration technologies.

Goal
Remove a single large ESA-owned debris from orbit, which will be the first-ever active debris removal mission.

Outcome
Completion of Phase-B2 definition, ready for implementation by 2019.

Impact
A high-profile mission providing large visibility on the global stage for all actors involved. It will place European industry at the forefront of the world’s active removal efforts and space tug applications, providing a competitive advantage for all industry involved. 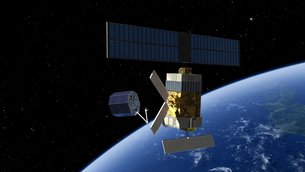 What do you think are the challenges/opportunities in Space Traffic management?

What do you think makes a successful Newspace startup?