Human actions have had an indisputable impact on the Earth’s natural environment. Human activities have contributed to deforestation, desertification, soil degradation, depletion of the ozone layer and climate change.

Space-based technologies, such as remotely sensed data, have enhanced scientific understanding of water cycles, air quality, forests and other aspects of the natural environment. These surveying and monitoring tools provide valuable information on the state of ecosystems, which offers objective support for positive environmental action, including conservation and sustainable resource management.

When one looks through the role of space at UNOOSA’s database, one can see the diversity and range of impact that space has on the environment. 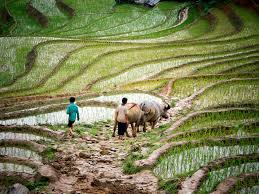 Use of Space Technology within the United Nations System

Report on the United Nations/Germany International Conference on Earth Observation: global solutions for thechallenges of sustainable development in societies at risk
Space-based information and the Sendai Framework for Disaster Risk Reduction
Space Technologies for Monitoring and Protecting Biodiversity and Ecosystems
A Proposed New Thematic Priority for the United Nations Programme on Space Applications 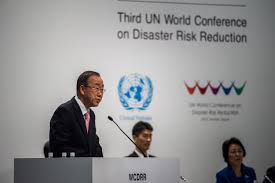 The United Nations Office of Outer Space does so much to promote space and space applications, yet often it may be easy to overlook the role of UNOOSA purely because the issues they are addressing are so immense.

One of the highlights of the space calender to celebrate and champion the successes include:

Yuri’s Night is the World Space Party. We hope to see you dream, explore, and celebrate with us at the hundreds of YN events held around the world each April.

“Circling the Earth in my orbital spaceship I marveled at the beauty of our planet. People of the world, let us safeguard and enhance this beauty — not destroy it!”
— Yuri Gagarin, 1st human in space.

The International Day of Human Space Flight is the annual celebration, held on April 12, of the anniversary of the first human space flight by Yuri Gagarin. It was proclaimed at the 65th session of the United Nations General Assembly on April 7, 2011, a few days before the 50th anniversary of the flight. 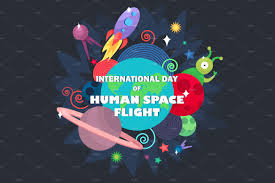 Asteroid Day is a UN-sanctioned global awareness campaign. This year thousands of self-organized events were hosted around the world. 48 hours of content and commentary from around the world were hosted by Prof. Brian Cox. He was joined by Astronauts, Experts, and Celebrities.

Humanity could do so much more by joining forces and putting our minds, technology and entrepreneurship in tackling the world’s greatest challenges.

What do you think of the role of space applications?

What challenges can space applications solve?

What makes a successful NewSpace entrepreneur?