When Elon Musk unveiled the first tourist for SpaceX, the world stopped to listen.

Online fashion tycoon, CEO of Zozotown, Yusaku Maezawa, announced, “I choose to go to the Moon” and this mission planned for 2023 is going to hail the first of many firsts. 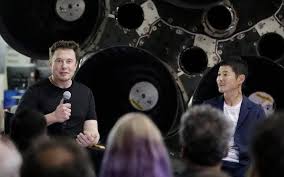 Regardless of what people think, there is something that CEO Maezawa has achieved that I think not to be underestimated.   He has positioned himself uniquely where one no longer has to be an astronaut or Government backed  – in order to go to Space.  Ordinary, well, in this case, a far wealthier individual can make that choice to go somewhere where they had always dreamed of.

The idea of going to space and taking 8 artists with his, is as much as art, science and pushing the boundaries of human imagination.

With an intention to invite six to eight artists, architects, designers and creative people on the weeklong journey in 2023 one can envisage the true ingenuity in this idea.  It is art, business and human inspiration all mixed in.

Art, because clearly his target audience are artists.

Art, because they are more than likely draw, paint, photograph.

Art, because as these art works get brought back to earth, they are going to have an impact on the fine art market no doubt.

Art and business, because can you imagine how much these art works would be auctioned for?

Business because, he may well be creating a new sector for art, where collectors, or be it a new kind of collector may arise? 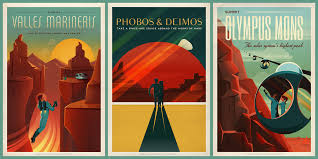 The term ‘Space Art’ may take on a whole new meaning, and yes whilst initially it would most likely be expensive, but the idea is that eventually, like in Moore’s law, the cost would go down and be accessible to everyone.

“They will be asked to create something after they return to Earth,” he said. “These masterpieces will inspire the dreamer within all of us,” says Maezawa san.

Since the Apollo landing, only 24 humans have visited the Moon.

When you watch the youtube of the announcement, what do you see?

It is not about power or about showing off, as some may suggest.  I see a child, a dreamer who has finally come to a point where they can realise that dream.

All entrepreneurs that I have engaged with start with a dream.

Their initial ideas were written on a napkin across lunch.  Sometimes, it was on the train, other times it was at a mountain top.

For some, a serious pain point, motivated them, for others tragic and real.

What took us so long?

What stopped us for so long?

NewSpace serves more than just business, it is about human progression.

The Universe is larger than the eye could see, and if humanity joint forces we will be exploring the Universe much faster.  Space travel is only the starting point, and the sooner we normalise the notion of space travel, like air travel it would open the skies, as it were to the whole of humanity.

Previous generations, may have never imaged how we would travel today.  Not to say that there aren’t concerns of Global south and poverty gap issues – they are serious concerns that ought to be taken into account and mitigated against.  However, society has a second chance when you come to think of it.

I will do a blog on maritime vs space comparison.  In the meantime, the dreamers and entrepreneurs need all the support we can get and everyone has a crucial role to that end. 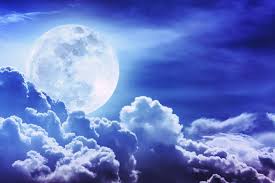 What are your thoughts about travelling to space?

What do you think makes a successful NewSpace entrepreneur?