On 25 October 2019, the winners for the EU- Japan NewSpace2060 International Illustrated Haiku competition 2019 was announced at the International Aeronautical Congress at the Washington Convention Centre in Washington DC. Over 150+ entries were received over 40+ countries. The quality, range and depth of entries exceeded the anticipated expectations and the Judges had a challenging task of selecting the best entries. After much deliberation and consultation with Judges it was decided that all entries would be sent to space in 2021.

The competition was organised in the spirit of celebrating poetry, art and space. With that in mind, NewSpace2060 would be applying to the Guinness Book of records to celebrate the largest number of haiku and poems sent to space for 2021.

We congratulate all the winners and will be in touch in due course. Moreover, many thanks to the Judges for their time and committment to assessing the entries and to the Sponsors for their prizes and ongoing support.

We thank you for your continued interest in poetry, art and space and thank you for joining us in this journey and journey to come as we send your entries to space in 2021!

Thank you and let’s make history together.

Many congratulations to all those whom entered and participated.   Awarded poets would be contacted in due course.  Meanwhile, we thank you for joining us in celebration space, haiku, poetry and art.

The EU-Japan NewSpace2060 International Illustrated Haiku Competition aims to reveal and promote artists, amateur or professional to explore the space theme of “Improving life on earth as in space in line with EU- japan NewSpace collaboration”.  Call for entries, articles and photos for the EU- Japan NewSpace blog is also welcome! 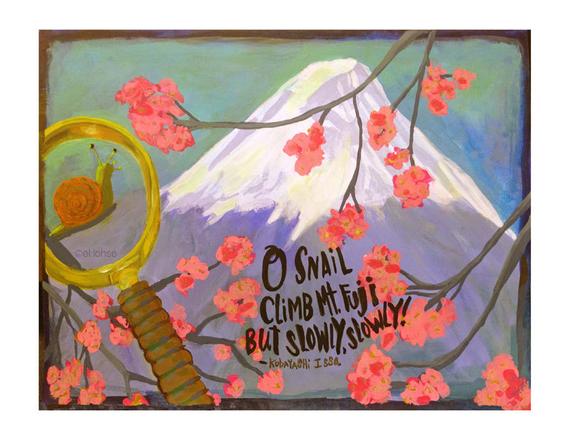 The theme for this competition is on:

with entries being judged on:

Each entry is limited to one A4 page.

The theme is open to interpretation and all entries are acceptable. 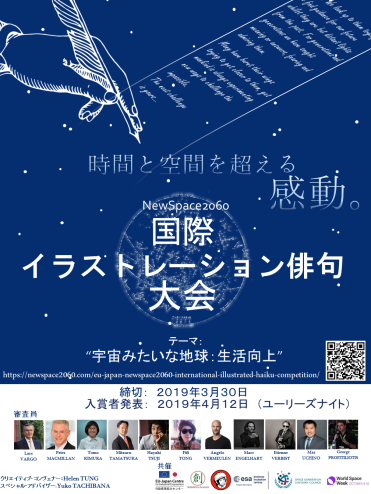 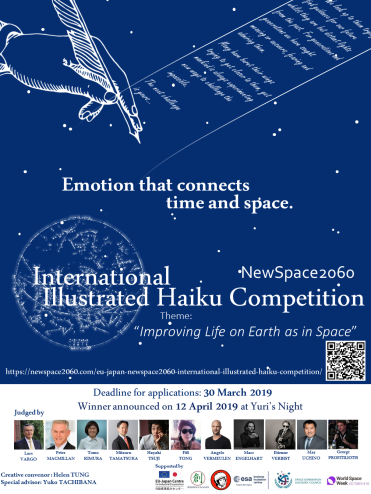 Astroscale is one of the few companies in the world proposing to aid in the removal of orbital debris through the provision of End of Life (EOL) and Active Debris Removal (ADR) services.  In addition to providing a technical solution, Astroscale is helping to define the business case for this service and are working with national space agencies, international institutions, non-profit organisations, insurance companies and satellite operators to develop norms, rgulations and incentives that contribute to the responsible use of space.

EBAN is the pan-European representative for the early stage investor gathering over 150 member organizations more than 50 countries today. Established in 1999 by a group of pioneer angel networks in Europe with the collaboration of the European Commission and EURADA, EBAN represents a sector estimated to invest 7.5 billion Euros a year and playing a vital role in Europe’s future, notably in the funding of SMEs. EBAN fuels Europe’s growth through the creation of wealth and jobs.

ZeLo is a Japanese law firm that seeks to disrupt the traditional legal market by leveraging cutting edge technology to enable businesses of all sizes to attain top-tier legal services. ZeLo enables clients to achieve their business objectives and to make a difference in the global community by improving global standards of the rule of law.

ZeLo is one of a handful of law firms in Japan that specializes in the outer space industry. ZeLo advises domestic and foreign companies for in-bound/out-bound cross-border business as well as assisting launch and satellite management service providers to obtain their registrations under the Japanese Space Activities Act.

If you are interested to register as Sponsor, Supporter or Volunteer, please email newspace2060@gmail.com 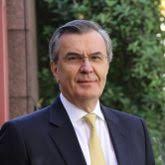 Former Swedish Ambassdor.  Author of 15 books and expert in Haiku.  Mr. Vargo has translated books, poems and texts from Japanese to Swedish.  Currently, he is the Distinguished Fellow at the International Security Development Policy Institute in Stockholm.

Peter MacMillan is a prize-winning translator, scholar, poet, and artist. He was born and grew up in a part of the Irish countryside surrounded by more horses than people. He graduated first in his class from the National University of Ireland, University College Dublin, and then went on to take an M.A. in philosophy and a Ph.D. in English literature. He spent two years as a Visiting Fellow at Princeton, Columbia, and Oxford universities. MacMillan is currently a Visiting Professor at Kyorin University and also teaches at The University of Tokyo. A citizen of both Ireland and Britain, he has lived in Japan for twenty-five years and strives to be a bridge between Japan and the world. His artist name is Seisai.

In addition to creating woodblock prints, MacMillan is also a poet and translator. His translation, One Hundred Poets, One Poem Each (Hyakunin Isshu), was published in 2008, winning prizes in both Japan and the United States. He recently completed an English translation of the Tales of Ise (Ise Monogatari), to be published by Penguin in 2014. He has also published a collection of poetry, Admiring Fields.

MacMillan serves as a Councilor of the National Federation of UNESCO Associations in Japan.

Tomo Kimura is a Manga instructor and translator of many mangas.  Ms. Kimura has been translating Japanese manga for 14 years I enable manga fans to enjoy their favorite manga in English and have worked on many genres such as shojo, fantasies (Western/Japanese/Chinese), shonen/seinen and sci-fi.  Recent works include “Kakuriyo: Bed and Breakfast for Spirits”, “Kaguya-sama: Love is War”, “Black Butler (simulpub)” and “Skip Beat!”. Over 220 volumes of translated manga have been published in the U.S. as of September 2018.  Ms. Kimura teaches manga translation at a Tokyo translation school, and is also a Judge for the Manga Translation Battle. 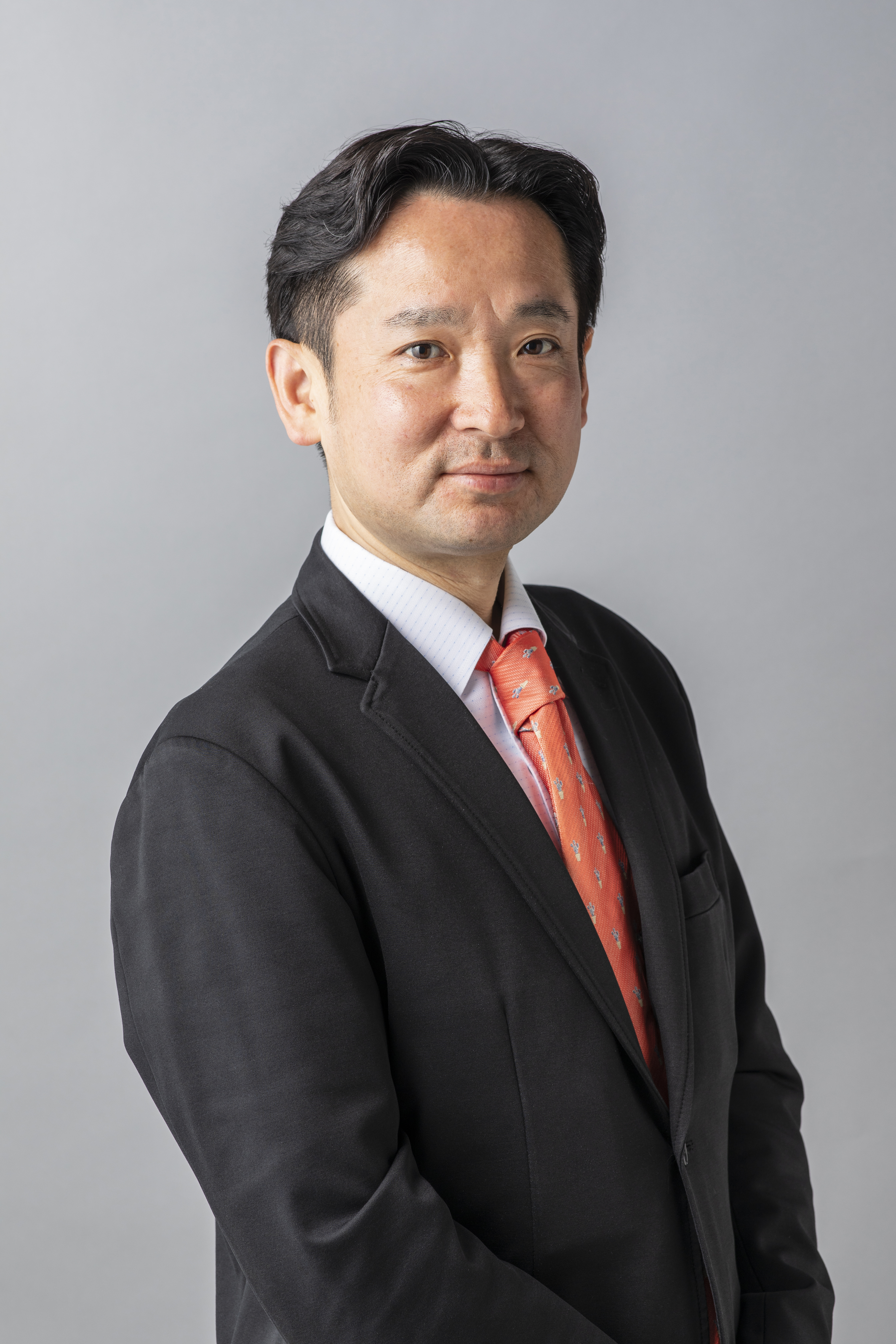 Mitsuru Tamatsuka is  Producer/Director/Artist and was born in Tokyo, Japan. Following his work as Producer for “Dentōgeinō no wakaki shishitachi” (The Young Lions of Traditional Arts), he directed the short film “Firewater” in New York, and worked as movement coach for the hanamichi runway in the Bessie award-winning contemporary dancer’s work, “A Page Out of Order: M,” and continued to act as a conduit for numerous and various international artistic collaborations. Through the collaborative production team Sagi Tama, launched in 2013, as well as his own company Tama Pro, launched in 2016, Tamatsuka continues to develop his practice of combining performance and film as well as theatre.

Hayaki Tsuji is a Japanese artist, musician and composer.  He has provided music to USEN radio, NHK radio, etc., and produces music of Soto Buddhist priest song, official theme song of Hokusai Katsushika “HOKUSAI SUMMIT JAPAN“, and the theme song of the United Nations World Space Week.  He is the Founder of “Global Space Orchestra” using space technology to develop music, with a goal of engaging a billion people in 2023.  In 2018 he participated in the National Space Society “Space Garbage” project and has appearances including in a string quintet composed of members of the Kanagawa Philharmonic in 2014, and in 2015 he presented bands and orchestras including, “Orchestral”, of FM Kawasaki “Orchestra Japon! Of Taki Saki!”

Fifi Tong is a professional Photographer and started photography since she was 17.  She won the contest  Children with no Frontiers, in Porto Alegre, Brazil. Fifi graduated from the Art Center College of Design, CA, in 1984 with a BFA in photography.  Her work spans from Brazil to Los Angeles to Milan.  Fifi’s projects include ORIGEM and Time is Passing.

Angelo Vermeulen is a space systems researcher, biologist, artist and keynote speaker. In 2017 he was selected as one of the Top 5 Tech Pioneers from Belgium by the newspaper De Tijd. With his multidisciplinary background, Vermeulen collaborates closely with practicing scientists, while also constructing multimedia installations in galleries and museums, and building communities through design and co-creation. In 2009 he initiated SEAD (Space Ecologies Art and Design), as a Co-Founder, an international transdisciplinary network of artists, scientists, engineers and activists. Its goal is to reshape the future through critical inquiry and hands-on experimentation. To achieve this, SEAD develops paradigm-shifting projects in which ecology, technology and community are integrated in novel synergistic ways.

Biomodd and Seeker are the two most well-known SEAD projects. From 2011-2012 Vermeulen was a member of the European Space Agency Topical Team Arts & Science (ETTAS), and in 2013 he was Crew Commander of the NASA-funded HI-SEAS Mars mission simulation in Hawai’i. His space-related work led him to start PhD research at Delft University of Technology, working on bio-inspired concepts for interstellar travel. Vermeulen has been (guest) faculty at several universities in Europe, the US, and Southeast Asia. In 2013 he became a TED Senior Fellow. His TED Talk about HI-SEAS and Seeker has garnered over a million views.

Founder of Engenhart, Bureau of Design, Germany
Designer with experience in many fields from art, culture, films to automobiles, scenography, architecture, corporate, graphic design, prototyping and artificial intelligence. His work in design encompasses digital and conventional media, and he is a consultant for design theory in the development of intelligent artificial systems. He is a member of aed Stuttgart, the Federal German Association of Artificial Intelligence, the Type Directors Club (TDC) of New York, and the German Society for Design Theory and Research (DGTF) and teaches communication design, typography and design analysis as visiting professor.
At Hochschule Furtwangen University HFU in Germany Marc engaged his whole class Bachelor Online Media (Interface Design) at Faculty Digital Media and participated in the NewSpace2060 International Moon Pitch competition submitting video entries from energy to the Moon to emergency systems and habitat and space clothing. Videos from his class can be viewed here.
#engenhart  #marcengenhart  #engenhartdesigns

Etienne Verbist is an authority in the field of crowd sourcing, disruptive business modelling hybrid and disruptive art.  Understanding the impact of platforms and apps related to the New Art Economy and columnist for Artdependence Magazine,www.lafa.lu and Planet of finance.

Etienne is partner in residence for CrowdSourcing Week, a board advisor to a broad range of companies on innovation and new technology, curator of the Disruptive Art Museum – the smallest museum in the world.

Mas is a lawyer qualified in California and Hawaii and works with startups in Silicon Valley and Japan.  He is at ZeLo law and focuses on blockchain, space and fintech.  He is also a member of General Assembly.

George Profitiliotis is an engineer and a PhD candidate studying the possible planetary protection issues of future private space endeavors. He is also a published speculative fiction author working on merging science fiction with comparative mythology and folklore, through scientifically-informed worldbuilding and gothic, magical realistic, and neo-baroque narratives.  He is also President of the Greece, National Space Society Chapter. 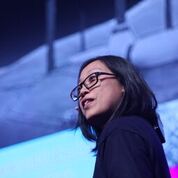 Helen Tung is an Emergent Tech Advisor, writer, poet and speaker. She is a MINERVA fellow at the EU- Japan Centre.   She has experience coaching and working with tech startups on entrepreneurs on pitching and inner work. Helen is a Vipassana meditator and is interested in metaphysics. She studied at Singularity University and the International Space University.  Helen’s vision is to empower the NewSpace ecosystem so by 2060 we would be living as inter-planetary species and travelling regularly to space.

Helen was the Founder and Convenor of the NewSpace2060 Moon Pitch competition 2018 held in collaboration with the Moon Village Association.

If you are interested to register as Sponsor or supporter please email newspace2060@gmail.com 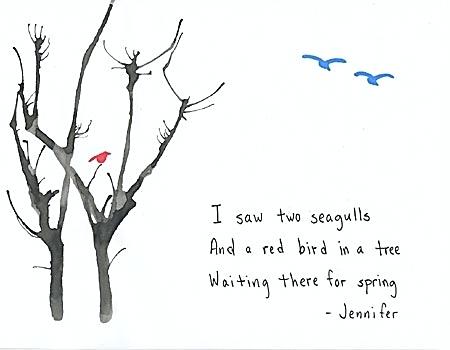 Good luck and we look forward to receiving your entries.

If you have any questions, please email newspace2060@gmail.com 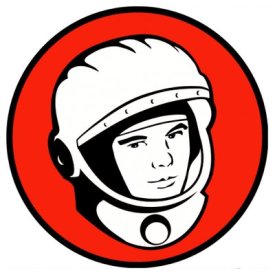 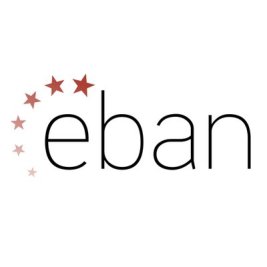